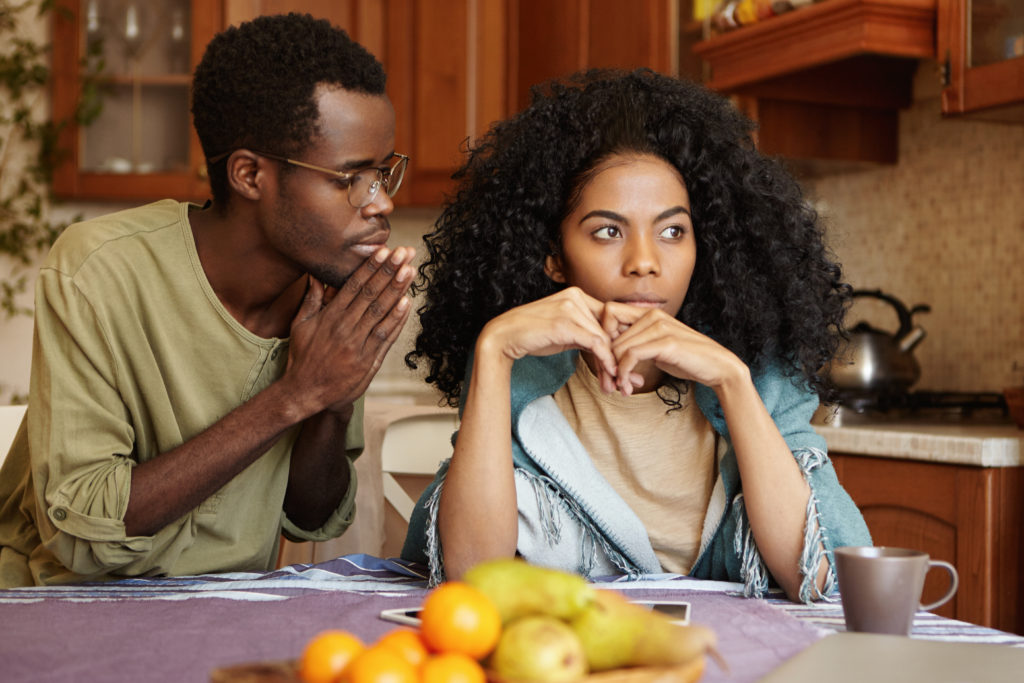 Infidelity is rife in the world today. It would seem it has become the aberrant norm, rather than the unusual exception.

The statistics seem to bear this out. It is estimated that roughly 30 to 60 percent of all married individuals (in the United States) will engage in infidelity at some point during their marriage (see Buss & Shackelford). In the African setting this is likely to be much higher, and I’m talking among couples who have married in a church or civil ceremony.

Not to rain on anyone’s parade, but, it has also been found that a happy marriage is no guarantee that a spouse will be faithful. Happily married people sometimes cheat due to a desire for novelty

The ‘religious folk’ are not left out. A study from ‘Christianity Today’ an evangelical Christian periodical shows that 45 percent of Christians have done something they considered sexually inappropriate, 23 percent have had extramarital intercourse, and 28 percent have engaged in other forms of sexual contact.

As a born-again Christian who believes in the inerrancy and veracity of the word of God as contained in the Bible, I believe that marriage is between a man and a woman, exclusive of all others, and that it is supposed to be for a lifetime not just a moment in time.

Infidelity threatens everything stated above and it is my belief, based on Jude Three, that it MUST be confronted.

WHY must we confront infidelity if we find that it has reared its destructive and divisive head in our home?

Well, for one, it is in direct opposition to the word of God. Matthew Nineteen Four to Six – and other places in scripture – speaks to this. It says; ‘In the beginning, God made them male and female’, ‘for this reason a man leaves and cleaves and becomes ONE with his wife’, —when this ‘oneness’ happens NO ONE should separate them, preventing them from being together and entering the fullness of what God has promised them.

This is just like Goliath who defied the armies of the living God, standing in the way of the Israelites, God’s chosen people just like you and I. Preventing them from  pressing into the fullness of the territory that the LORD GOD had given them. Any third party whose very presence contaminates and corrupts the fullness of what God has given a wife in her marriage is in direct opposition to the word of God, which is His will.

As wives we must care, confront, and combat this… situation because, believe it or not, it positions you and I to do the same. If a husband is unfaithful, the wife is likely to find herself in a very vulnerable position, and our common enemy, Satan will take advantage of this.

‘THE BOOKS’ tell us in Matthew Five Thirty Two that a man who ‘puts away’ his wife —and bear in mind that one can be physically present but absent — causes his wife to commit adultery.

Even if you are not of the Christian faith, it is quite obvious that a woman who is not finding solace, comfort, and physical intimacy in the arms of her husband, is likely to be tempted to seek it elsewhere. I don’t want to be one who is involved in the exact same thing that I want my husband to extricate himself from. Do you?

Are you a wife? A help, ‘meet’ —suitable, complementary, a helper that balances him, a counterpart.[1] This a very important question to answer before you determine whether it is necessary to seek to oust any intruder in your marriage.

If you are a wife, a help that is ‘meet’ for him you are likely to realize that you owe your husband a duty of care.

His infidelity is dangerous for him. For his reputation, his health, even his very life. Scripture like Proverbs Five Eleven, Proverbs Six, and Proverbs Seven describe in a very graphic manner the pitfalls of infidelity which include, death, disease, wounding, reproach, disgrace, and poverty. Should your first instinct be to abandon him?

If we don’t believe the Proverbs, consider this, the saga of ‘the other woman’ is played out repeatedly in the world today, both with the average Joe on the street, but brought to our attention more visibly by the many prominent men, influential, savvy and disciplined in their disciplines and on the world stage, but knocked off their pedestal, by, in a lot of cases, some unknown ‘other woman’.

Infidelity adversely affects the finances of the family, both from the aspect  of the capacity to earn, and from the fact that income and resources are no longer focused in one place and for one purpose — the consolidation, protection, and defense of a single family unit.

Scripture puts it this way, infidelity brings a man to a piece of bread. Proverbs Six Twenty Six and Proverbs Five Ten talks about …your hard earned wealth will go to the house of a foreigner [who does not know God].

It is worthy of note that you and I are fighting for the future marriages of our children and our posterity, as we fight for the survival and thriving of our own.

Your marriage, and mine, the way it goes, the way its conducted, the things that are allowed to sit and dwell in it, will affect our children’s perspective on love, marriage, conflict resolution in marriage, and this is what they in turn will pass down to their children and on through generations ad infinitum. Polygamy, or its modern evolution, infidelity, dalliances with strange women and its effects, I say once again, trickles down generations when traced.

David’s infidelity devastated his family, there was a lot of collateral damage. Discord, murder, incest, rape, violence entered his family, and this despite the fact that he had been forgiven by God.

As a wife you should care because this infidelity on the part of your husband has the potential to affect the health of your family, physically, and mentally. The word of God says flee sexual immorality. It regards it as a clear and present danger.

The Lloyds pharmacy online developed a “Sex Degrees of Separation Calculator” which computes that if the average number of people you have slept with is nine, you may have a total of 3,917,918 indirect sexual connections, even the secular world recognizes the danger. If your significant other is sleeping with other people, your health and the health of your children is in danger.

Infidelity, brings about marital discord, that permeates and affects the atmosphere of the home. It can lead to separation and divorce. This situation is painful, traumatic and colors everything including the psyche of all involved even the innocents. Everything possible must be done to combat this danger.

And last, but definitely not least, we must care simply because it glorifies God. Those of us who are named by the name of Christ are co-laborers in His vineyard, and we must seek to carry out His will. If we say we love Him then we must do what He commands. And His command is, leave, cleave, become one, no one should put asunder.

I rest my case.

Would love to hear what you think.

We use cookies to ensure that we give you the best experience on our website. If you continue to use this site we will assume that you are happy with it.OKPrivacy policy